This afternoon was cold, wet and dreary, and Mr I (my 11 year old) was getting bored. I told him to go do something creative.

Mr I loves to cook. Especially chocolate cake. (Now I wonder where he got that from??) He tells me he needs to learn to cook so he can cook for his wife one day. I think that’s a pretty good idea, and I know she’ll thank me for encouraging that idea one day, so he pretty much has free rein in my little kitchen. And he loves our Thermie. He is slightly messy though. I must admit, I get rather nervous when he rings me from home while I’m out at a demo, and asks where a certain ingredient is… he always hangs up before I can say, ‘Clean up your mess!!!’ Sigh.

Another thing Mr I loves to do is tweak recipes. (Again, I wonder where he got that from??) He loves to make his own quirky version of the Too Easy Chocolate Cake from the Thermomix Everyday Cookbook, tweaked to suit our way of eating. He doesn’t need my help with it, just dashes off and does it all himself. He says the hardest bit is tipping the cake batter into the pan whilst scraping out the Thermomix bowl with the spatula – he’s still kind of short and has to hold the bowl up high, and he says it hurts his arms. But he manages it, and I leave him to it. I’m actually amazed this cake even works when Mr I makes it! He changes it all over the place, whacks all of the ingredients into the Thermomix at once, puts the timer on for 30 seconds, whizzes it up, and goes off to bounce his ball while it mixes… I’m much more ‘delicate’ with cakes, only adding the baking powder at the end, and not mixing too long so I don’t ‘beat the fluff out of it’. But this one has never failed. Even though he checks it about twenty times in the oven, banging the oven door shut each time, poking it endlessly with toothpicks… Poor cake. It’s very forgiving.

By the way, he calls it the ‘FAR Too Easy Chocolate Cake’, because with his version you don’t have the extra step of melting butter first, you just use oil and toss it in with everything else. Awesome.

Here’s a video of Mr I making his cake, just to prove how easy it is… Be prepared for some kid stuff, like spatula licking and mess making!!

Note: You can find dutch cocoa powder and vanilla powder for this recipe in my online store! If you’d like to see some more of Mr I’s amazing recipes, just let me know. But don’t ask for his Caramel Custard with Licorice Allsorts recipe, because it wasn’t at all nice. Just saying. He thought it was pretty funny though.

(Oh, and blame Grandma for the licorice allsorts – I don’t buy those vile things!) 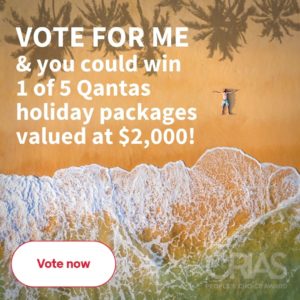